Photobucket are now holding me to ransom !
They changed their terms & conditions and are now demanding money to re-instate 3rd Party hosting.

Once I sort out another photo hosting site I'll reload some photos.

I only used Photobucket for the forums so now they have done this I'll no longer use it. I do use Flickr for my photos but sadly all I can add to forums is links to photos instead of the photos themselves.

I've started work on my Dormobile again and need to find somewhere to host photos.
Photobucket held me to ransom then I switched to Flickr and they introduced a limit on the number of pictures you could host FOC !!! There are a few pictures left on Flickr.

Anyway, I'm busy installing seatbelts and then moving on to re-covering the seats.
Every time I spend time on the Dormobile I find things missing or broken. One of the rear seats has had the latch cut off so I'll have to make a copy using the other seat.
Today I found rust in the bottom of the B pillar on the passenger side. At some point in the future I'll have to remove the side (A pillar, B pillar & 1/2 C pillar) and either fix the rust or replace with a better panel I have from a Series III Station Wagon. Not looking forward to doing this but one Winter I'll get round to it, the other side probably wants doing as well ! 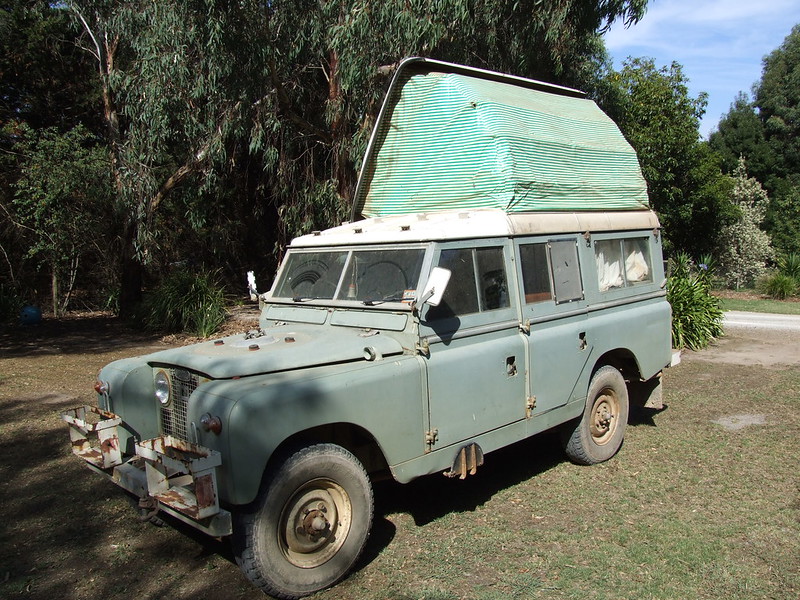